Thodorou or island of Agioi Theodoroi, is located just opposite of the beach of Platanias in Chania. The history of the island and its ecological importance in preserving the protected species of the Cretan wild goat, make this small dot on the map very important.

In the southern part of the island, there is a large arched cave, which makes the island from afar look like a monster with open mouth. It is noteworthy to mention that the locals often refer to the island, as the “Monster”.

Many legends are told about the creation of the two islands. The most common story says that in early Christian times, the island did not exist at all. One day, the residents saw a huge monster and it baby, approaching Crete, ready to attack. According to some myths, it was a giant bear with its baby.

Then, locals began to throw spears and arrows from afar to kill them, but it kept its furious route to the coast. The terrified women began to pray in Agia Marina and Agios Georgios to survive. Their prayers to saints were heard and both monsters were petrified, creating the islands of Saint Theodore, Thodorou and Glaraki. The monster was petrified with its mouth open, threatening to devour Cretans. 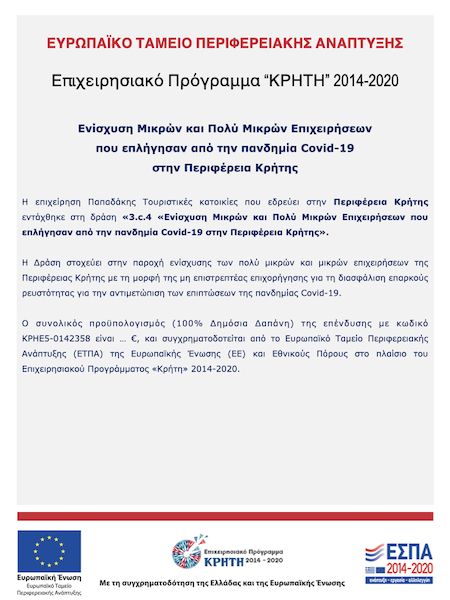 Our website uses cookies, as almost all websites do, to help provide you with the best experience we can Ok